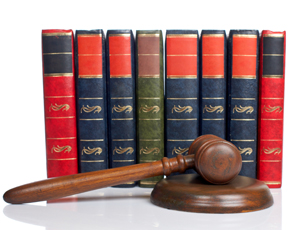 Implementing procedural fairness principle can benefit courts in a variety of ways, from increasing access to justice to increasing offender compliance with court orders.Policies and practices based specifically on procedural justice principles have been adopted in many trial courts and some state court systems. In support of this adoption, national organizations have also integrated procedural fairness principles into resources prepared to benefit the state courts.

This page provides an overview of various aspects of procedural fairness principle implementation. Where possible, specific examples of implementation in local and state courts are provided. While not exhaustive, this page is intended to give the reader an idea of the various ways procedural justice principles are currently being utilized at the state and local court level.

Colorado:Trial judge David Prince considers ways to mold the management of civil litigation around procedural justice and organizational management research findings in his article A New Model for Civil Case Management: Efficacy Through Intrinsic Engagement. Judge Prince discusses how these findings should frame a judge's thinking about case management and makes specific suggestions.

Alaska: In recognition of the importance of procedural fairness in Alaska's courts, Alaska Supreme Court Chief Justice Dana Fabe recently announced a "Pledge of Fairness" to all Alaskan citizens.

International Policy Briefing: Emily Gold LaGratta and Phil Bowen's paper, "To Be Fair: Procedural Fairness in Courts" situates procedural fairness within the broader context of criminal court legitimacy, explains how procedural principles have been integrated into court reforms to to improve the experience of court constituents, and recommendation practical avenues for increasing procedural fairness in British and Welsh courts. 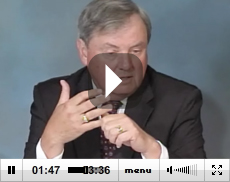 California:  In 2005, researchers undertook a major initiative to assess procedural fairness in California's courts. Below are two reports highlighting their findings.

Trust and Confidence in the California Courts: Phase I (David Rottman) This report offers the main findings of a survey of the public and attorneys in California and their opinions, knowledge, and perception of a range of court-related issues, including procedural fairness. The report concludes that “policies that promote procedural fairness offer the vehicle with the greatest potential for changing how the public views the state courts.”

Trust and Confidence in the California Courts: Phase II (Wooden and Doble) This report discusses findings from 15 focus group studies in California, further exploring procedural fairness in California’s courts. The report recommends that because “public confidence in the courts depends more on whether people perceive court procedures to be fair than on the specific legal outcome of individual cases,” new programs should incorporate “the four key components of procedural fairness: courts and judges that are respectful, neutral, and trustworthy, and that take into account the views of court users.”

Minnesota: Among trial courts, Minnesota's Hennepin County District Court has, for more than a decade, emphasized the importance of defendants and litigants leaving the courtroom with a sense that they were judged using fair procedures. The Court monitors the degree to which that is being achieved through a program of user surveys carried out across the spectrum of trial court cases.

Washington: The Procedural Fairness Assessment: Instrument for Court Leadership is available on the Washington Courts website. The instrument helps courts identify current capacity as well as areas for improvement.

Utah: The Utah judiciary has embraced procedural fairness in a variety of policy areas. One particular way in which Utah has adopted procedural fairness is through their system of judicial performance evaluations. Judges in Utah are evaluated based on the four generally-recognized criteria of procedural fairness: neutrality, respect, voice, and trustworthiness. More information about this program can be found in Judge Steve Leben's article "Considering Procedural Fairness in the Courts of Utah" and "The Courtroom-Observation Program of the Utah Judicial Performance Evaluation Commission," by Nicholas Woolf and Jennifer Yim. The official website for the program is available here, and the rules governing the program can be found in Appendix B of Judge Leben's article.

Researchers have also discussed integrating procedural justice principles into judicial evaluations. In their recent article, Thinking About Judges and Judicial Performance: Perspective of the Public and Court Users, David Rottman and Tom Tyler "describe and critique (sic) existing judicial performance evaluation programs that incorporate procedural justice principles as a dimension for measuring quality through both survey and observational methods."

California: The California Judiciary has taken the most comprehensive approach to statewide implementation. After a multi-year research program, the state's Judicial Council established a procedural fairness initiative. The 2006-2012 Strategic Plan includes as a goal, "Work to achieve procedural fairness in all types of cases." A comprehensive report, detailed below, was also released.

Procedural Fairness in California (Center for Court Innovation) This 2011 report describes findings from over 20 site visits and nearly 50 stakeholder interviews, describes initiatives that are already underway in California, and makes further recommendations regarding how California’s courts can improve public perceptions of procedural fairness.

Delaware: The Delaware Courts: Fairness for All Taskforce recommended increasing procedural fairness as a way to strengthen Delaware's courts.

Detroit: In a time of shrinking resources, local courts are forced to assess how to do more with less. Operational reviews are one avenue for conducting these assessments. Recommendations in the Special Operational Review of the Thirty-Sixth District Court of Michigan in and for the City of Detroit (pp. 22-24), include the implementation of procedural fairness principles to improve customer service.

National Court Organizations: The National Center for State Courts has developed Courtools, a set of performance measures that are practical to implement and use. One of the Courtools measures is Access and Fairness, which will assist courts in helping to identify whether they have implemented procedural justice principles and what they can do to improve upon such implementation. National organizations have also recognized the importance of procedural fairness. The Conference of State Court Administrators issued a resolution in support of the American Judges Association White Paper on Procedural Fairness.