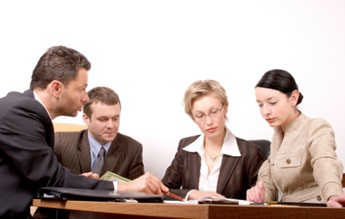 Mediation and Alternative Dispute Resolution (ADR) are widely used to settle disputes in both the justice system and in the workplace. Some researchers posit that procedural fairness can be used in workplace ADR and mediation to reinforce and apply existing values. Below are publicly available articles dealing with ADR, mediation, and procedural fairness.

Procedural Justice in the Boundaryless Workplace: The Tension Between Due Process and Public Policy
Katherine Stone, 80 Notre Dame L. Rev. (2005)

Professor Stone describes two settings in which ADR is commonly used in employment: fairness disputes and discrimination disputes. She argues that, at least with regard to fairness disputes, which are often disputes over wage assessment or termination, many employers have adopted dispute resolution policies that emphasize procedural fairness. “The purpose of creating these new nonunion employee dispute resolution procedures is to create a perception of procedural fairness.”

Nancy Welsh, 2002 J. Dispute Resolution 179 (2002)
Nancy Welsh comments on the observation that giving disputants control of resolution processes such as mediation does not guarantee that they will perceive the process as just. Rather than interpreting this as evidence that these consensual processes should be abandoned, Professor Welsh argues that the institutionalization of procedural justice in mediation will insure the legitimacy of the courts while at the same time facilitating settlement.