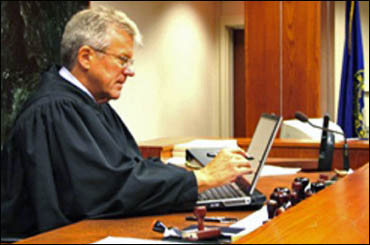 Procedural fairness offers a basis for more than a series of individual practices that judges and courts can implement. David Rottman of the National Center for State Courts argues that procedural fairness is sufficiently powerful to provide a basis for a renewed American court reform agenda in his article "Procedural Fairness as a Court Reform Agenda."

Other articles focus on specific components of the justice system, such as pretrial risk assessment and policing.

Legitimacy and Cooperation: Why Do People Help the Police Fight Crime in Their Communities? Tom R. Tyler and Jeffrey Fagan
Based on the results of a panel study, this paper notes that procedural justice is key for the creation of the legitimacy of the police in an individual's personal experience. This personal experience is then a key component of the individual's future willingness to cooperate with police. Effectively, a police department that acts in accordance with procedural justice will be viewed as legitimate by individual members of the community, making them more likely to cooperate with that police department.

Victim Services
What Fairness means to Crime Victims: A Social Psychological Perspective on Victim-Offender Mediation Jo-Anne Wemmers & Katie Cyr
2 Applied Psychology in Criminal Justice 102 (2006)
Wemmers & Cyr looked at procedural fairness in relation to the victims of crimes and the impact procedural justice had on their perceptions of the court system. They found that that in the mediation context victims wanted to be recognized and respected, not just heard. It was important for caseworkers to engage with the victims, not merely listen to their stories.